A10.1
Letter from William DeWitt of St. Louis, Missouri to his mother, Elizabeth (Ferguson) DeWitt
13 January 1856

William apologizes for not writing, his excuse being that he'd planned to return home. He tells of his life in St. Louis – his present good health, his new job at a wood yard, and the freezing weather. He wishes his family a Happy New Year, and asks for his sister Carrie's address in Iowa. 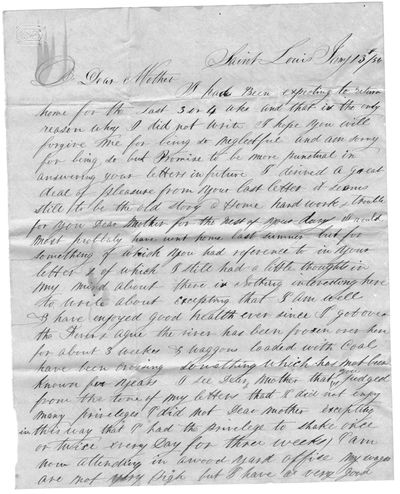 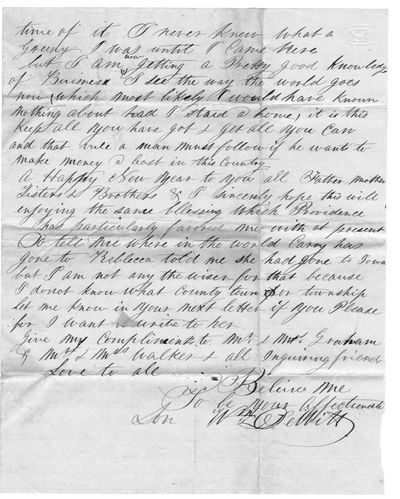 William teases his sister about not answering his letters very quickly, and about a young Englishman with whom she was enamoured. He gossips about the social lives of some mutual friends and thanks his sisters for some gifts they had recently sent. William discusses the conflict now knows as “Bleeding Kansas,” and tells an amusing anecdote about falling asleep in the wrong place. 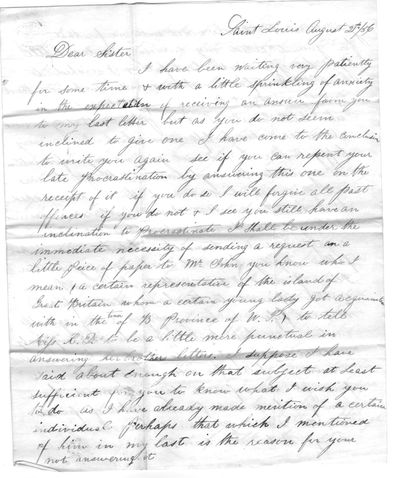 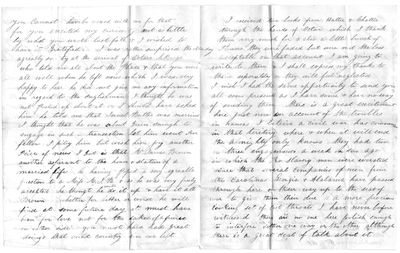 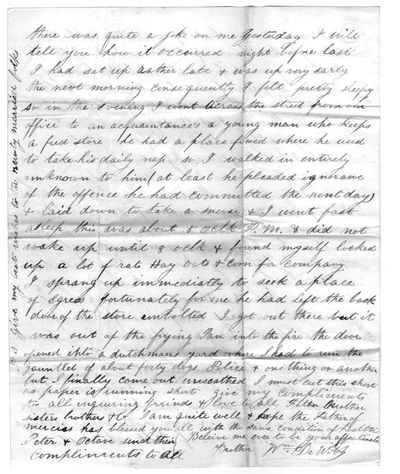 William apologizes for not writing sooner, and thanks his sister for some gifts she sent. He talks about perhaps moving to a new location if his finances don't improve, but also speaks hopefully about his new job working on a steamboat. William says he's depressed in the cold winter, but enjoys skating on the frozen river and getting to know the local girls. He tells his sister that his health is good, and laments the fact that his mother has had a serious accident. 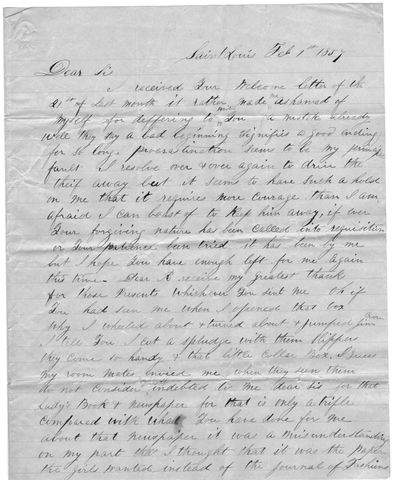 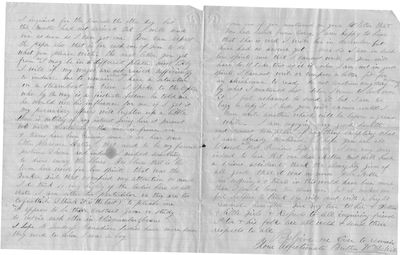 A10.3 - Download Images and transcript - PDF
A10.4
Copy of a letter from William DeWitt of Plaquemine, Parish of Iberville, Louisiana to one of his brothers (or brothers-in-law)
25 October 1872

William writes his family, telling them that he's been suffering from “swamp fever” for the past six months, and that he is desperately trying to raise funds to get home to Canada. He recounts that, until the previous year, he owned a store in Dahlonega, Georgia; he says the Ku Klux Klan burned his store down because he was a Republican and traded with African-Americans. William explains how his illness has affected him, and tells of all the doctors he's seen trying to find a remedy. He explains how to send him money, and asks for God's help to keep him safe until his family can get him home. 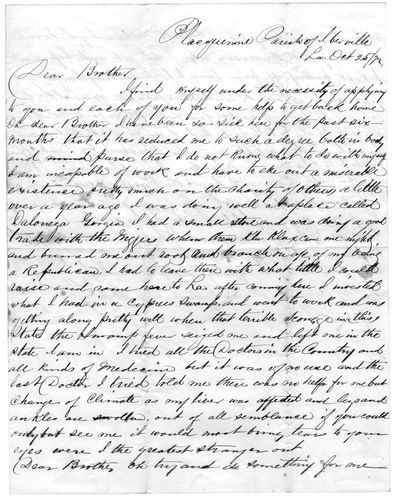 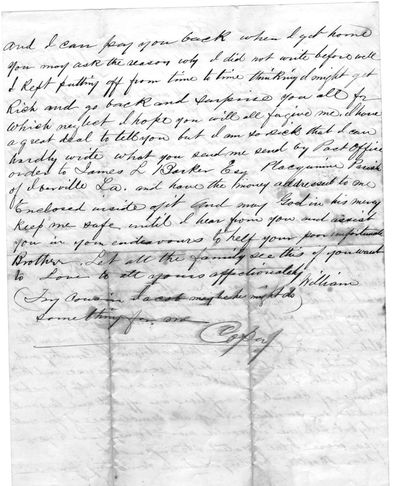