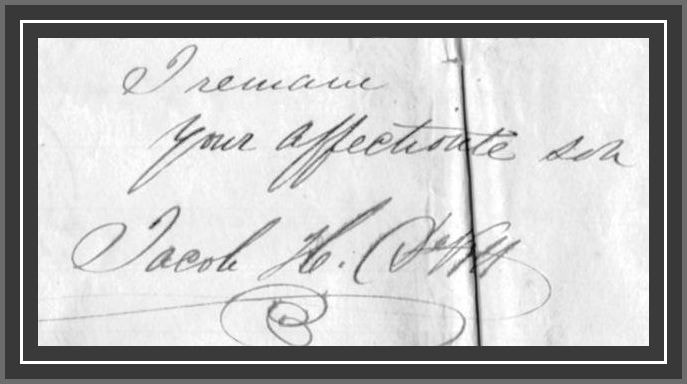 A2.1 - Letter from Jacob Henry DeWitt of Montreal, Quebec to his mother, Elizabeth (Ferguson) DeWitt
9 January 1844

Jacob seems to be new at writing letters home; he talks about his brother Charles and how he is homesick. He tells his mother the amount he owes (presumably for room and board) and asks when his father will next be in town so the debt can be paid. Jacob talks about staying with his aunt, and about how he spent the New Year. He talks politics re: Wakefield's election and subsequent approval and opposition in Beauharnois, and speaks of helping to invest is father's money in more profitable ventures, citing a company that was recently closed in which his father had presumably invested. 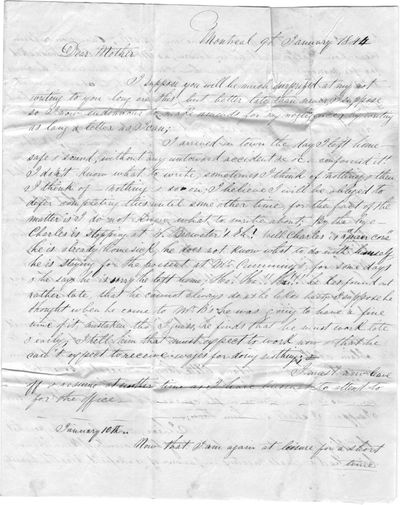 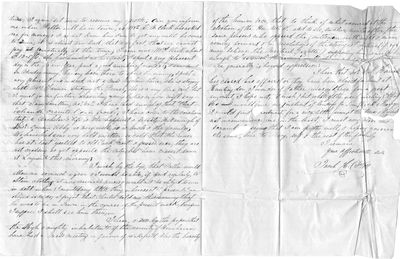 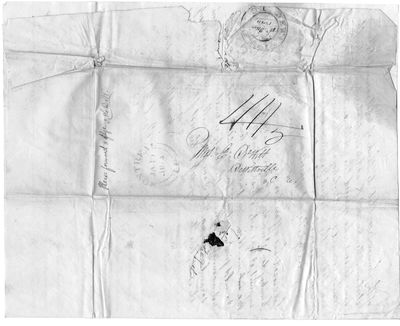 A2.1 - Download Images and transcript - pdf
A2.2 - Letter from Jacob Henry DeWitt of Montreal, Quebec to his father, Charles DeWitt of Dewittville, Quebec
19 August 1847

Jacob asks his father to be present at his wedding, which is set for the following Tuesday. He follows up on business conversations he's been having with his father, and mentions a letter that his uncle had written for Charles and which Jacob had forwarded. 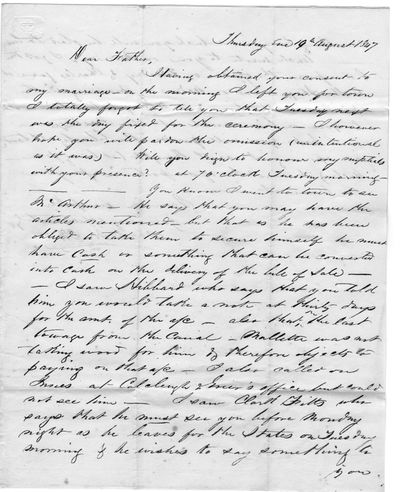 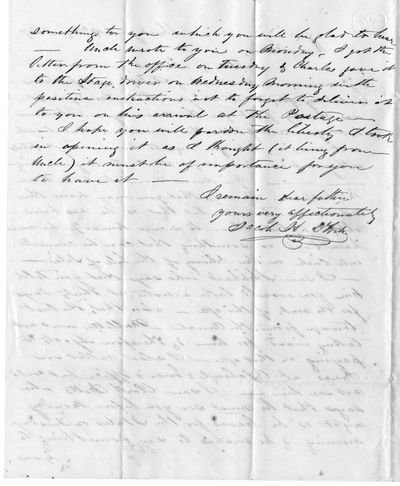 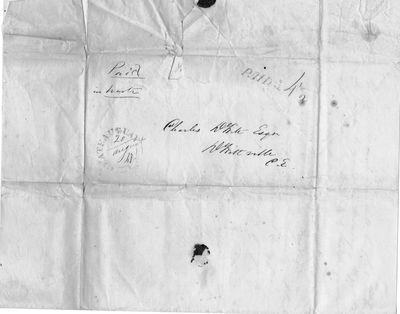 A2.2 - Download Images and transcript - pdf
A2.3
Letter from Jacob Henry Dewitt and Charles Benjamin DeWitt at Chateauguay, Quebec to their mother, Elizabeth (Ferguson) DeWitt
9 June 1869 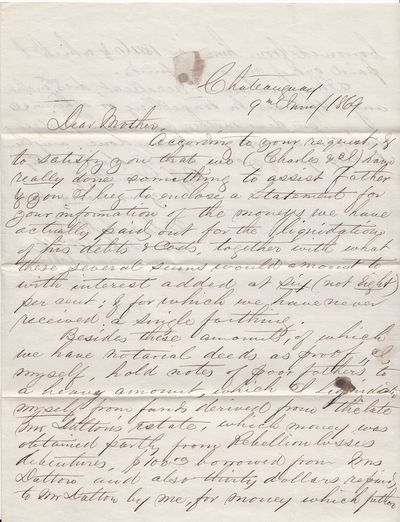 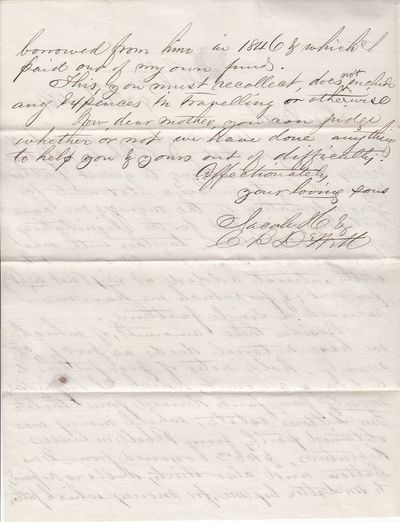 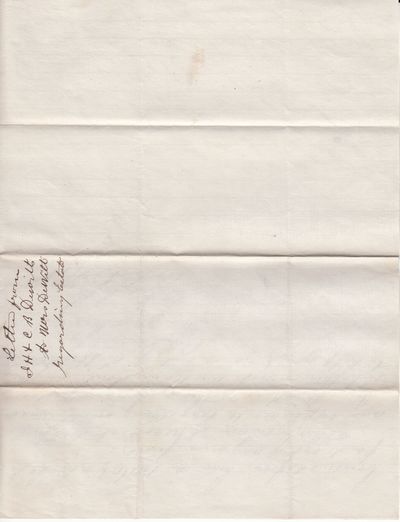 A2.3 - Download images and transcript - pdf
a2.1 through a2.3 - download All Three letters in this series - pdf