Ancestories
If one of these photos depicts your ancestor(s), please contact me! 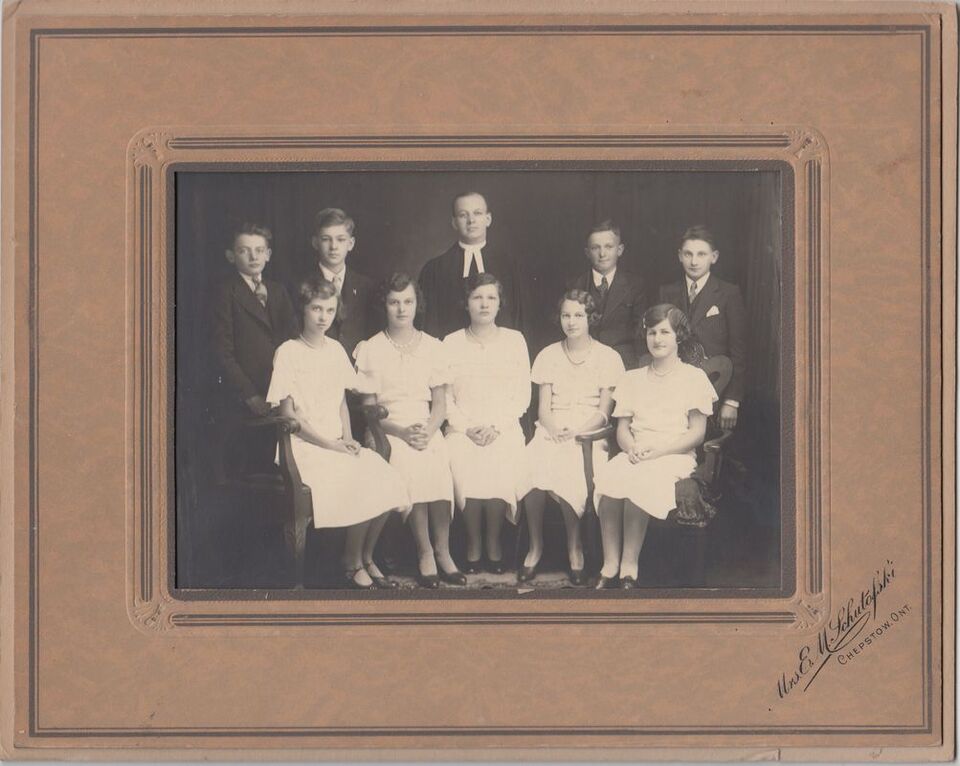 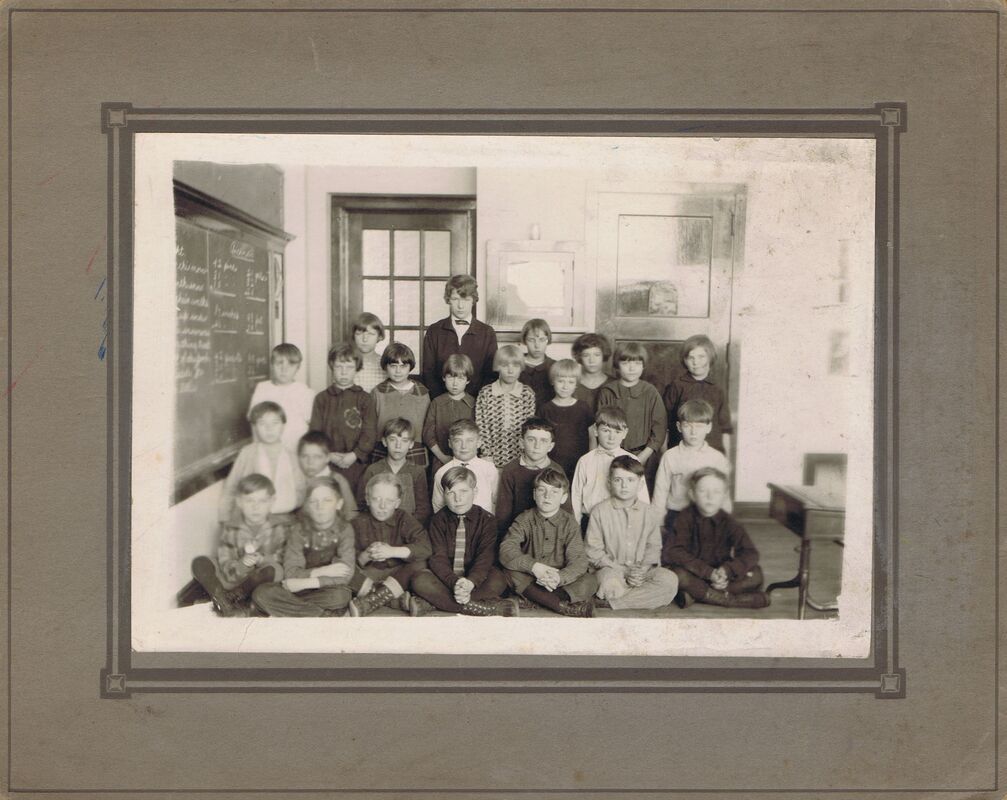 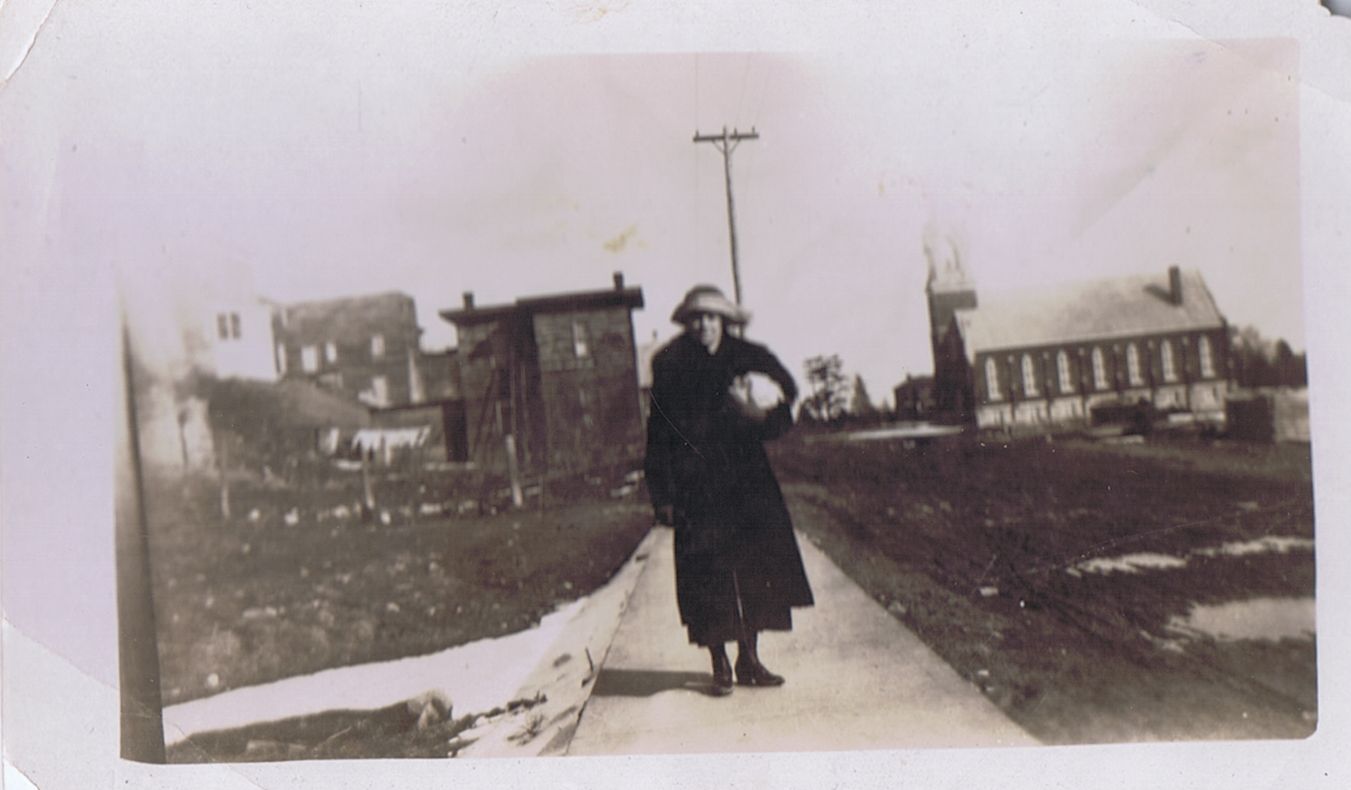 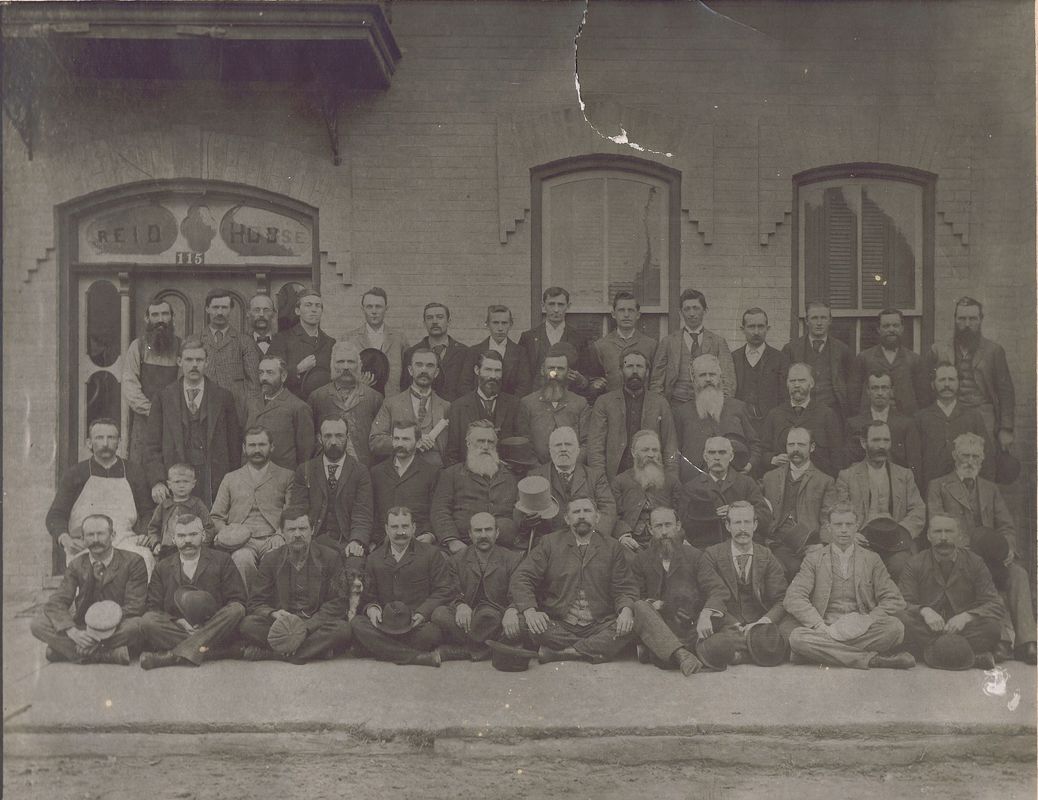 I bought this photo mainly because it is taken in front of "Reid House."
Sadly, I have no idea where in the world this building is, or was.  There is no writing on the back of this photo.
I know it's not the one in Lorain, Ohio; in Chattanooga, Tennessee; in Spokane, Washington; or in Avonport, Nova Scotia.
I have not ruled out a Reid House in Erie, Pennsylvania.
If anyone can shed some light on the location of Reid House, please contact me!
Sunday School class - taken on steps of Trinity Church, Stratford Nov 1923
After doing a bit of research, I have discovered that Trinity Church was officially Trinity Methodist Church, whose congregation merged with First United in 1925 to become St. John's United Church.  The Trinity Methodist Church building was demolished prior to May 1926, for it was in this month that the cornerstone for the St. John's United Church building was laid.  St. John's recently merged with Central United to become Avondale United Church. I took this photo to the congregation of Avondale United Church, but even the oldest members of the congregation could not identify these boys.
If you can identify any of these Sunday students, please get in touch.
The school is right on a corner. The snow-covered ground right in the foreground of the picture is the road leading down into the village. The other road running past the school goes right over to Quebec province. I am about 1-1/2 to 2 miles from the Trans-Canada highway and the C.P.R. station. The hills in the picture run along the Ottawa River in Quebec. They look blue all the time. The windows of the school are frosted over. When this picture was taken, Dec. 18, it was about 25 below zero.
Based on the clues, I believe that this is somewhere near the Ottawa River, between Arnprior and Mattawa (where the Canadian Pacific Railway and the Trans-Canada Highway ran along together.)  I expect that this photo was probably taken in the early 1960s, based on the dates when the Trans-Canada Highway was officially opened and when the CPR line through that area was closed.  The view is looking north (or north-east, depending on the contour of the river.)  If this is familiar, please let me know!