Caroline is staying with her Aunt DeWitt while attending school in Montreal.  She is anxious to come home after an argument she witnessed her aunt having with one of her hired girls.  Caroline inquires about family members and their activities, and asks to go to the Nunnery at Cheateauguay to learn French.  She gives her mother tips on growing cabbages, and claims some books for her mother that were mistakenly delivered to her aunt.  As a post-script, she mentions the recent shooting death of a man named Maynard by one Charles Doolittle, likely accidental. 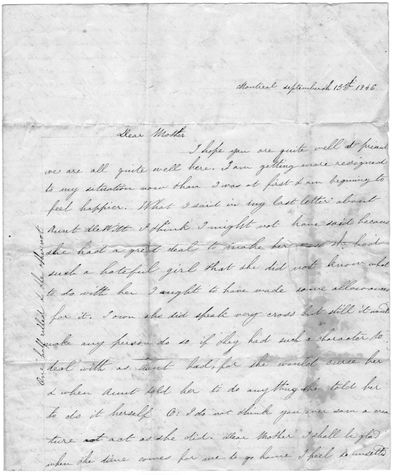 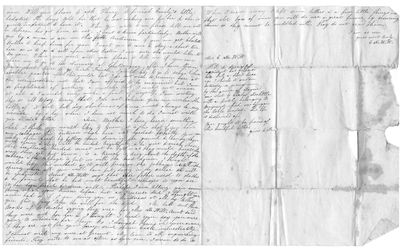 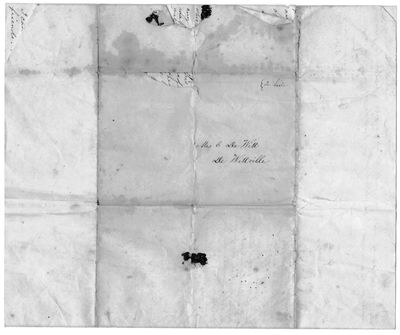 A1.1 - Download Images and transcript - pdf
A1.2 - Letter from Caroline (DeWitt) Graham (no location, but presumably Iowa) to her mother, Elizabeth (Ferguson) DeWitt
20 December 1852

Caroline talks about moving away with her husband John Graham, and describes the small house they have established. She sends love to her infant son Charles who was left with her parents (intended to be a permanent arrangement, at the time.) She inquires about some of her possessions, and sends love to her family from her older son Willie, who is with her and John at their new home. 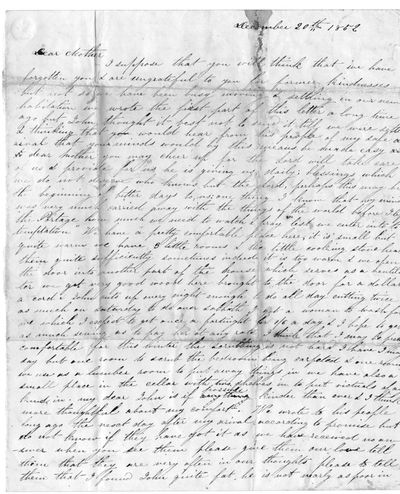 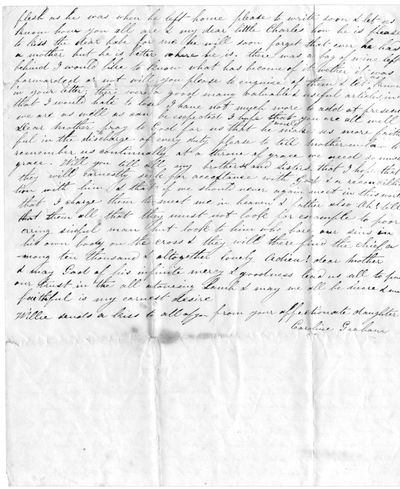 A1.2 - Download Images and transcript - pdf
A1.3 - Letter from Caroline (DeWitt) Graham of Pleasant Valley, Iowa to her parents, Charles DeWitt and Elizabeth (Ferguson) DeWitt
9 July 1856

Caroline talks about the busyness of farm life, and the busyness of raising the children (by this time, John's parents have joined them in Iowa and are assisting.) She laments how much she misses her family and thanks her parents for some gifts. The family had visitors from the same town in Scotland where the Graham family was from. Caroline asks her parents to send money (presumably owed) to John's father William as soon as possible, and talks about her religious faith and the prayer meetings they have in the community. 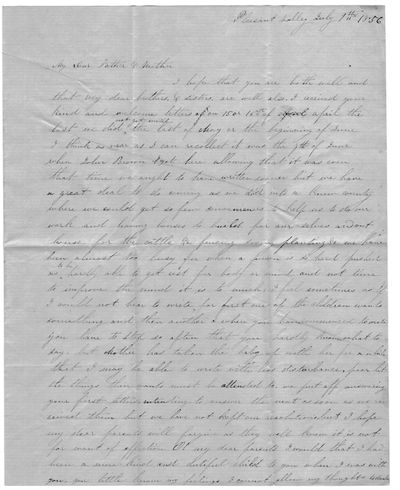 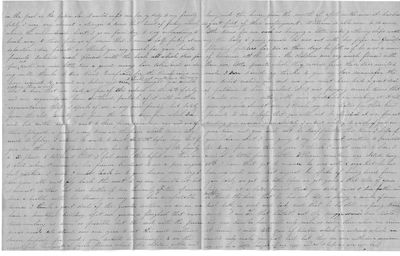 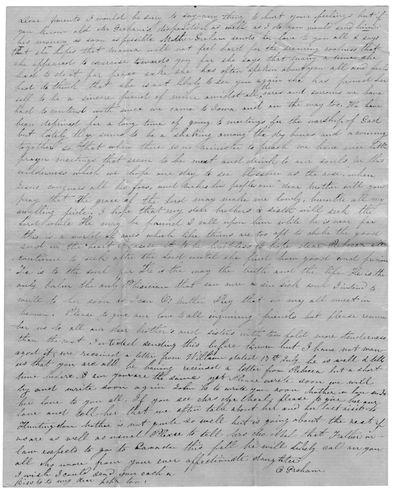 A1.3 - Download Images and transcript - pdf
A1.4 - Letter from John and Caroline (DeWitt) Graham of Riverton, Iowa to her parents, Charles and Elizabeth DeWitt of Dewittville, Huntingdon County, Canada East
12 June 1860

John discusses the good year the family is having farming, and says the six children are now doing well. He says the latest, a boy named Jacob DeWitt Graham, was born 5 May 1859 and was named after Caroline's late uncle (who died March 23 of that year.) John gives the account of his father's supposed affair and his parents' dramatic and difficult separation. He tells of his love of Caroline and his happy marriage to her, in comparison to his own parents' troubles. Caroline adds a quick post-script, sending her love. 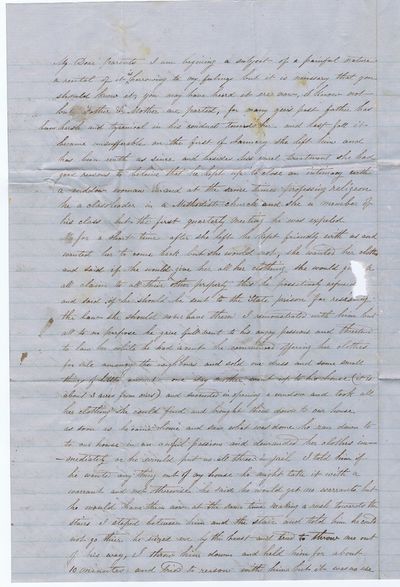 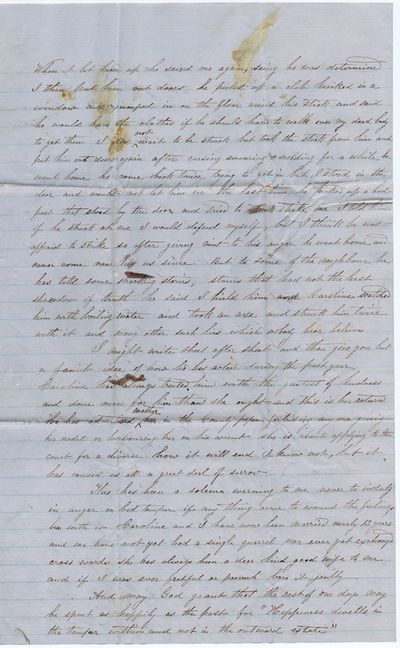 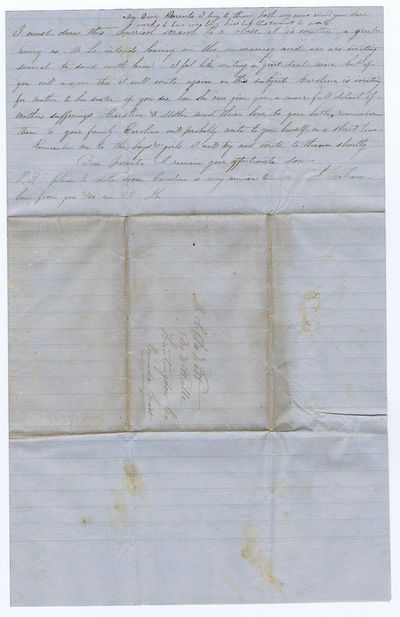 A1.4 - Download Images and transcript - pdf
A1.5 - Letter from John and Caroline (DeWitt) Graham of Pleasant Valley, Iowa to her sister, Rebecca (DeWitt) Jack
13 January 1871

Caroline reports that her daughter Annie arrived home safe to Iowa after having spent time with Rebecca and her family in Canada. She speaks of her love of family and how the kind husbands each of them have make their trials more bearable. John also writes to thank Rebecca and her family for taking such good care of their daughter, and they both send love to the rest of the family back home. 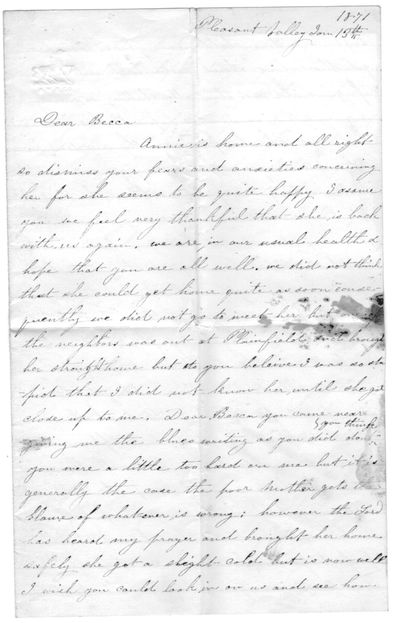 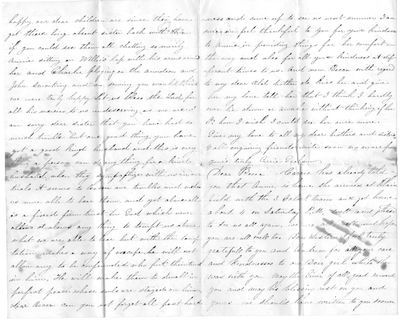 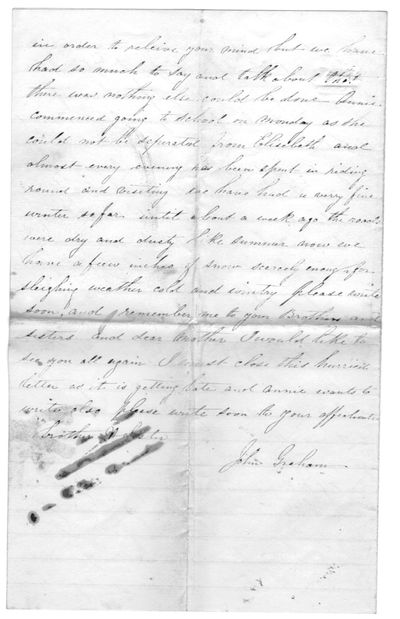